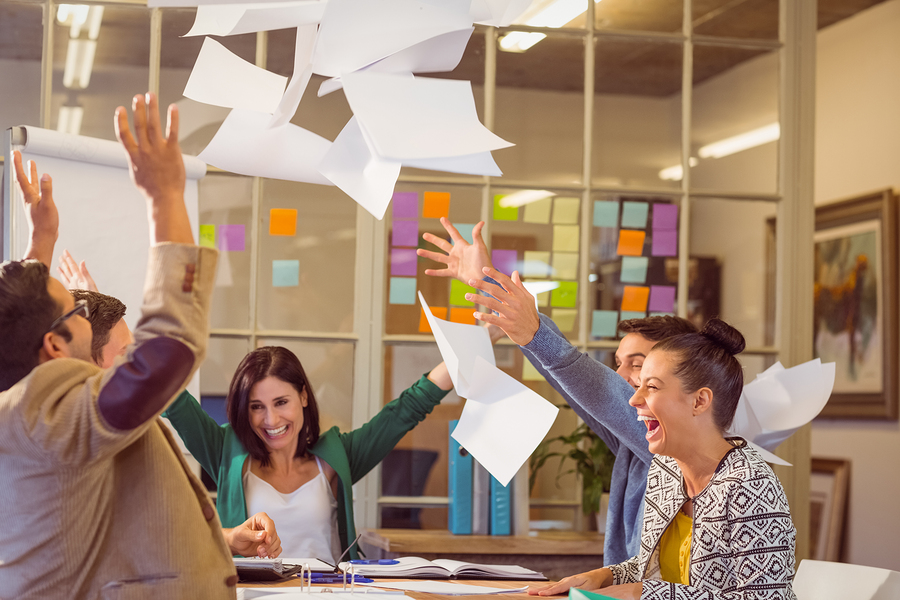 How Making Employees Happy Pays Off

The main benchmark with which an effective workplace is measured by is a healthy bottom line. To achieve that, the presence of productive workers is in order, where productivity is usually associated with “serious” concepts like efficiency, discipline and dedication. Happiness hasn’t always been high in a company’s list of priorities; it is something that is indulged in after hours, in worker’s own personal time and not within company premises.

But that is quickly changing. You’ve probably seen images of a typical Google office, where each workspace seems to be replete with an employee’s favorite action figure and decorated with colorful knickknack; they also said to have free “sleeping pods”, massage perks and free food within 200 feet of each employee. Richard Branson, Virgin Group founder and CEO, recently mandated unlimited vacation leaves and work from home arrangements for its employees, all in a bid to make workers happier during work hours.

These highly successful companies are onto something. Having happy workers is an important component to having a healthy profit margin, a truly win-win proposition for both managers, stakeholders, and workers. Here are some examples to prove it.

Scientific evidence released by the University of Warwick in Britain proves that happiness makes workers 12% more productive. In a press release, Andrew Oswald, a member of its research team, said “Companies like Google have invested more in employee support and employee satisfaction has risen as a result. For Google, it rose by 37 percent; they know what they are talking about. Under scientifically controlled conditions, making workers happier really pays off.

2. Companies that appreciate their employees have a higher return on equity.

Dr. Noelle Nelson wrote a book called “Make More Money by Making Your Employees Happy”, and cited research which proved that, “companies that effectively appreciate employee value enjoy a return on equity & assets more than triple that experienced by firms that don’t. When looking at Fortune’s ’100 Best Companies to Work For’ stock prices rose an average of 14% per year from 1998-2005, compared to 6% for the overall market.”

3. Prioritizing employee safety can increase company income by as much as 500%.

In the case of Alcoa, a leading aluminum producer, back in 1987 its company president Paul O’Neil  announced that his sole priority was to increase worker safety, which was a major employee concern. In the next 13 years, accidents became significantly lower while employee morale increased and along with it, its company income, which rose to 500% when O’Neil stepped away a little over ten years later.

Apple and Procter and Gamble recognize the value of personal time with family and loved ones for its employees, and have thus given paid leaves to its employees on a regular basis. Dr. Nelson stated, “It ate a little bit of their bottom line, a little bit from the stockholders, but oh my God what it bought them in employee loyalty and productivity.”

5. Employees with high levels of well-being put in extra effort at work.

Bright Horizons, a provider of employer-sponsored child care, released a study that showed that 89% of employees with high level of well being had higher job satisfaction and almost 2/3 of the respondents consistently put in additional effort at work, increasing productivity, and thereby affecting the bottom line.

There is clearly a strong correlation between happy employees and a healthy profit margin. What steps are you taking toward increasing employee happiness in your workplace?